Practitioners working in this area will, of course, need to tackle the tasks common to any film or television production – securing the chain of title, engaging crew and cast, clearing and allocating rights etc – however there are particular issues that need to be considered when the production is funded by a brand as part of a marketing campaign.

In this paper the term ‘Brand Funded Content’ is used to refer to content directly funded or underwritten (wholly or partly) by a brand, advertiser or agency. This is compared to the traditional model, where content is funded by broadcasters, production companies, distributors etc and recouped (partly) through the sale of sponsorship rights or advertising space in and around the content.

The concept of brand funding is not new. Many readers will be aware that the term ‘soap opera’ dates back to the 1930s where washing powder manufacturers such as Proctor and Gamble funded daytime radio and television dramas. Product placement has a long history – for example it is rumoured that De Beers paid for Marilyn Monroe to sing ‘Diamonds are a Girls Best Friend in the film Gentlemen Prefer Blondes, and the practice was memorably satirised in the 1992 film Wayne’s World.

However, the practice of brands directly funding content fell out of favour during the rise of television in the 1950s and 60s – attributed by some to the quiz show scandals of the time, and by others to the rise outside the US of public broadcasters who could not accept such programming.

In recent years, however, the model has been revived. There was some hyperbole about the potential of brand funded content in the mid-2000s reflecting the success of shows such as The Block and Masterchef, followed by disappointment as problems were experienced in implementing that potential.

However, with more realistic and sophisticated projects the model has persisted and in an increasingly complex and diverse media sector it has established itself as a profitable sector, in Australia. Many reasons are put forward:

There are criticisms of the brand funded content model. Quality of programming can be difficult to maintain when the creation of content is subordinated to the demands of marketing. Nor does the model fit all types of content (for example, investigative journalism). Proponents of brand funded content say that it must ‘inspire and inform’ audiences to be successful – a benchmark which can be difficult to attain.

More fundamental concerns have been expressed over the erosion of editorial independence, and the blurring of the distinction between content and advertising. Critics ask whether the integrity of the New York Times is compromised when it allows Chevron to fund an article titled How Our Energy Needs Are Changing (a practice known as ‘Native Advertising’), or whether adequate disclosure of brands involvement in the production of the content is provided to viewers.

All these factors, both positive and negative, must be kept in mind when advising on a brand funded content project.

An experienced media lawyer is likely to be struck by some qualitative differences compared to the standard film and television funding frameworks and processes: 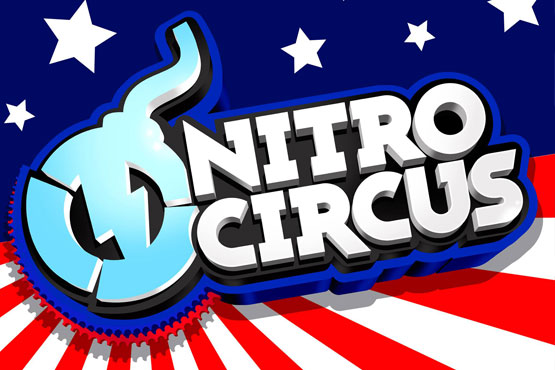 Nitro Circus began as a reality television show on MTV in the US, then was developed into an international live action sports event by an Australian promoter. The program now documents tour events and is provided to local channels in conjunction with tour dates for promotional purposes.

A Brand Funded channel (in the form of a datacasting service) available on Prime and Seven Network digital channels. Carries a range of advertorials and infomercials. Claims 1 million viewers per week

Broadcast on Channel Nine in December 2013, Jamie Durie and other celebrity experts make-over a street in suburban Sydney. 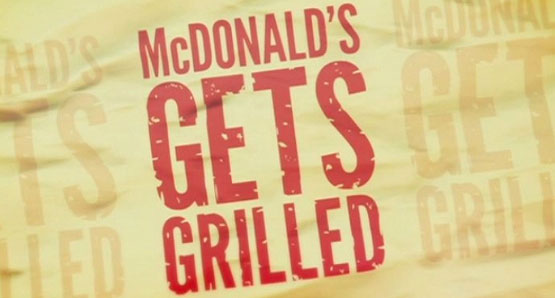 Funded by McDonalds and broadcast on Channel Seven in 2012. A group of six ‘ordinary Australians’ examined McDonalds food ‘from paddock to plate’. Production company WTFN claimed it was made with full editorial independence.

A TV ‘Event’ broadcast on Channel Seven in which Target ambassador Gok Wan styles five finalists from around Australia.

Contractual Issues
In drafting contracts for production of Brand Funded Content the follow issues may need to be considered:

Regulatory Issues
Given the advertising component of brand funded content, in providing legal advice it will be necessary to consider the various additional laws, regulations, codes and standards that may apply. These will vary, depending upon the nature of the product or service featured, and the media through which the content will be communicated.

Australian Consumer Law
Schedule 2 of the Competition and Consumer Act 2011 (Cth), sets out general overriding obligation on advertisers to ensure that advertisements are not false, misleading or deceptive.

AANA Advertiser Code of Ethics & Code for Advertising and Marketing Communications to Children
A self-regulatory code published by the Australian Association of National Advertisers. Compliance with this code is a requirement under the Commercial Television Industry Code of Practice, including the following pertinent provisions:

Datacasting Rules
Broadcasters are entitled to run additional digital channels known as ‘datacasting’ provided that the content shown on the channels complies with the requirements set out in Schedule 6 of the Broadcasting Services Act 1992 (Cth). 4ME, EXTRA and TVSN are examples of datacasting channels. The rules are administered by the Australian Communications and Media Authority (ACMA).

The intention of these rules is to ensure that datacasting services differ from traditional broadcasting services. Accordingly, the following types of programs may not be broadcast (although excerpts of up to 10 minutes may be):

The following types of brand funded content may be broadcast (noting that the rules also provide for other content, such as parliamentary broadcasts or foreign language news services):

When advising on this issue, the practical approach is to ensure that:

In 2012 ACMA ruled on complaints regarding content broadcast on EXTRA and 4ME.

Complaints had been made concerning a program BabeTVlive on Extra, that the interactive adult chat content was outside the R classification as the content was exploitative and degrading. Although ACMA ruled in favour of the channel – stating that the content was advertising and thus within the rules, and was not classified – the show was discontinued by Nine.

Other complainants referred six different 4ME programs to ACMA. ACMA dismissed the complaints in relation to four of the programs – finding that they fell satisfactorily into the information-only genres. Two programs however – All About Animals and Escapes 4 Me – were found to fall within the prohibited Lifestyle, Children’s and Sport genres. Seven agreed to provide training and take other steps to ensure compliance.

All About Animals was held not to be an ‘information-only’ program on the basis that it had a significant emphasis on entertainment, containing segments such as:

Instead the program was held to be a children’s entertainment program. In this case
boring would have been better.

Escapes 4 Me included segments with four different programs. Two of these were found to be in breach of the datacasting rules.

The first segment Corona Surfari was held to have significant emphasis on ‘entertainment value’, with the look and feel of a commercial travel/lifestyle program.

4ME was unable to rely on the argument that it was a extract from a longer program as ACMA held that each segment was self-contained.

The second segment Sail Melbourne was found to breach as it comprised a sports program, which is a prohibited category of programming for datacasting.

Therapeutic Goods
Given the ‘lifestyle’ focus of much brand funded content, and the broad interest in health and well being, it may be necessary to consider regulations regarding ‘Therapeutic Goods’. This is a broadly defined term, which covers any health related good or service: bandages, herbal remedies, weight-loss products, over-the-counter medicines, and prescription medicines.

All claims made by health professionals need to be current and correct, and able to be substantiated. Producers should be mindful of the need to avoid overstating results or effects. Particular restriction in each state as to how medical services can be advertised (eg should not contain testimonials from previous patients, claim that one practitioner is better than another, or self-promotion in an excessive manner).
Dental, optometrist and other professional health services regulated on a state by state basis. You should only refer to registered practitioners, and avoid promoting unnecessary or inappropriate use of services.

In the course of researching and producing content, it is important that producers should use reasonable efforts to ensure that the content is current and correct. This could include ensuring that:

It is particularly important that producers document and retain the results of their research in case the segment is subsequently the subject of a complaint.

Problems may be minimised by ensuring that information is general in nature, as opposed to directly endorsing the therapeutic good. A disclaimer similar to the following may also be appropriate:

The information provided in this program is general in nature, and may not apply to all individuals and medical conditions. If you are unsure please seek appropriate professional advice.

Similar disclaimers should be considered with any content that provides advice in areas that may be considered ‘professional’ – for example, legal or financial.

Financial Products and Services
Advertising and promotion of financial products, such as credit cards, financial planning advice and insurance, is regulated under the Corporations Act and enforced by ASIC. Disclose of matters such as applicable annual percentage interest rates, fees and charges, and product warnings may be required.

Competitions
Where content is run in conjunction with a competition that may be regard as a ‘game of change’ (i.e. where winning does not rely on skill), the need to obtain a formal permit in each state or territory in which the competition will be run needs to be considered.

Conclusion
Media lawyers are dealing with an industry that is innovative and in a constant state of flux. At this point in time, it seems that the pace of change is accelerating at a daunting rate. Some traditional media models are struggling or becoming irrelevant. Practitioners must comprehend and deal with a dizzying range of new models, deals, platforms, rights and players. We draft agreements for things that did not exist a few years ago (eg. providers of ‘supply side digital media marketplaces’). With the funds and resources that advertisers possess, and their relentless quest for new ways to reach and influence consumers, it is clear that the production of brand funded content will continue to be a growth sector.